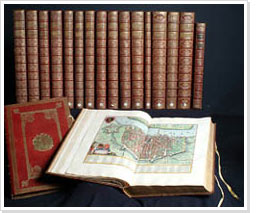 The Atlas Van Loon is the extremely sumptuous atlas commissioned by Frederik Willem van Loon  from Amsterdam, bound in red morocco and kept in an especially made olive wood cabinet.

The Atlas van Loon contains the Dutch edition of Joan Blaeu's Grooten Atlas in nine volumes from 1663-1665, both town books of the Northern and Southern Netherlands from 1649, the Italian town books of Rome, the Vatican State and Naples and Sicily, all from 1663. The atlas also contains two volumes of the French edition of the Grooten Atlas, covering France and Switzerland, from 1663.

Blaeu never published a maritime atlas. Collectors like Van Loon felt this as a lack and added a maritime atlas by another cartographer. In Van Loon's case these are the 'Zee-atlas ofte water-wereld' ('Maritime Atlas or Water World') by Pieter Goos from 1676 and the French edition of Johannes Janssonius' 'Zeeatlas' from 1657, acquired by the museum in 1996.

The atlas - without the cabinet, which was lost - was originally owned by Anton Mensing.

Joan Blaeu and his Grooten Atlas
Van Loon and his Atlas 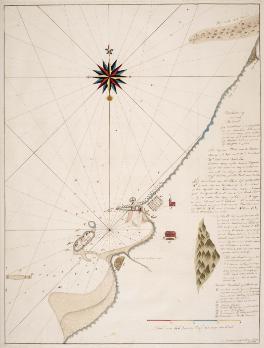 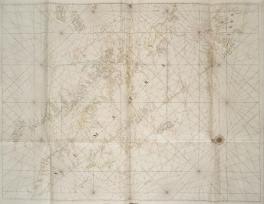 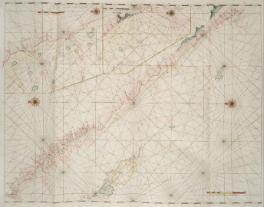 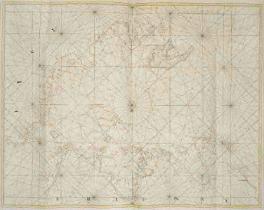