During the final quarter of the nineteenth century the American economy grew at an unprecedented pace. Railroads connected the east and west coast, spurring on the development of a national industry. Some entrepreneurs thus were able to amass large personal fortunes. Industry, urbanisation and the extension of the acreage used for agriculture and cattle breeding attracted millions of immigrants from Europe. The result was that the original inhabitants of the country disappeared into reservations and did not benefit from the new prosperity. Neither did another section of the population. The freed slaves in the southern states were embarking, just like their brothers in the north, on a long struggle to be recognized as full citizens.

In some circles in America people were looking for a new identity. In their opinion, not the English parliament but the Dutch States General from the era of the Republic should be regarded as the model for the American democracy. The Dutch revolt against Spanish tyranny was seen as the inspiration for the American War of Independence against the equally tyrannical British.

Paintings from Holland's Golden Age and after were bought in large numbers by American collectors. Images of Dutch rural life were used to give American products an appearance of solidity and quality. A steady stream of American artists travelled to Volendam, Edam, Katwijk, the province of Zeeland or the Veluwe region to paint the last remnants of a past world. American tourists came to see with their own eyes where Hans Brinker had lived, the boy who prevented a flood by sticking his finger in a hole in the dyke. This was the period of Holland-Mania. 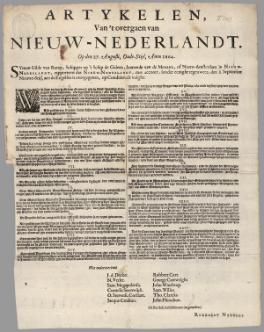 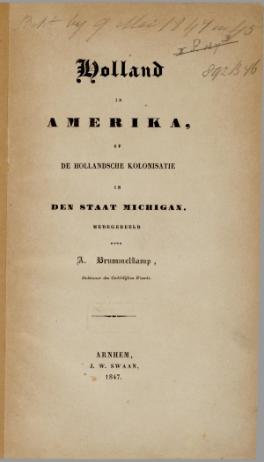 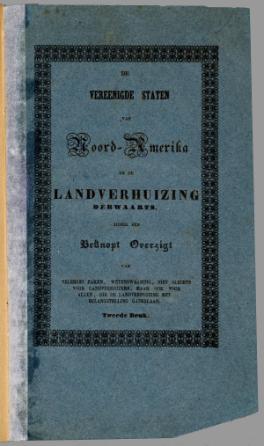 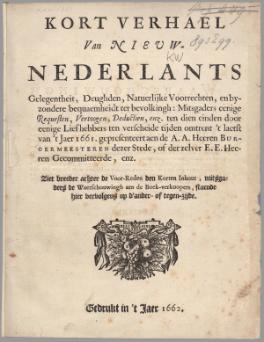