Willem Witsen made a name for himself as painter, aquarellist and engraver of townscapes. He mastered the art of etching to such a degree of perfection that fellow artist (among whom Marius Bauer) called on him for help. Witsen tried to capture the essence of the town in his work. As a young man, he was especially fascinated by what he called de groote brokken (the great chunks) in rain, snow, haze and fog. In order to approach his subjects as closely as possible, he even worked in a rowing boat. Between 1911 and the beginning of 1914, Witsen had a barge at his disposal that had been converted into a studio. In addition to townscapes, Witsen liked to take rural scenes as the subject for his paintings, while he concentrated more on flower still lifes and portraits toward the end of his life. 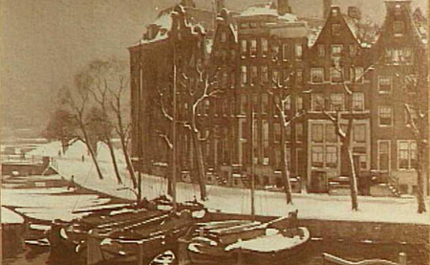 Willem Witsen was born as the sixth and youngest child of a well-to-do family of famous Amsterdam lineage. He grew up in the Dutch capital. Witsen’s father dealt in iron. His mother died while he was still in his teens. Between 1876 and 1884, Willem attended the Amsterdam National Academy for Visual Arts. There, he made friends with painters who were the primary contributors to the character of Dutch art in the last decade of the nineteenth century: Antoon Derkinderen, Willem Tholen, Jacobus van Looy, Jan Veth, Eduard Karsen and Jan Toorop. Later on, he made the acquaintance of George Breitner and Isaac Israels, who had gone to the Royal Academy in The Hague. Together with his fellow students, Witsen founded the painters association Saint Lucas in 1880. Three years later, he became a member of the Flanor Literary Society, where he met Willem Kloos, Albert Verwey and Frederik van Eeden, the founders of founded the magazine De Nieuwe Gids (The New Guide) in 1885. In the early years of its publication, Witsen wrote some art reviews in it under a penname. 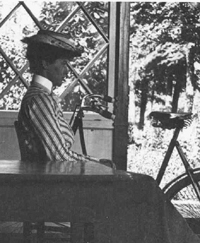 While studying, Witsen worked regularly in Ewijkshoeve, his father’s country house near the forestry of De Lage Vuursche. In the winter of 1881-1882, he took lessons at the Royal Academy of Fine Arts in Antwerp. In 1888, Witsen went to London, were he spent several productive years. Here, too, he acquired great skill as a photographer and we owe many lovely portraits of his family and friends to his enthusiasm for this artistic expression. Back in Amsterdam in the beginning of 1891, Witsen took over Breitner’s studio on the first floor of the house on Oosterpark 82; Isaac Israels lived at the same address on the ground floor. Around that time, Witsen got in touch with the firm of E.J. van Wisselingh & Co, art dealers, in whose gallery his work would henceforth be sold. His first one-man exhibition took place there in 1895.

In 1893 Willem Witsen married Elizabeth (Betsy) van Vloten, a daughter of Johannes van Vloten, an eminent scholar. The couple settled in the village of Ede, where their three sons, Willem (Pam) (1894), Erik (1896) and Odo (1898) were born. Following the failure of his marriage a year earlier, Witsen returned to Amsterdam in 1901. After some wanderings, he returned to his old studio in the Oosterpark apartment in 1906. A year later, he married Marie Schorr (1875-1943), the daughter of a brewer.

Witsen looked for new subjects in the town of Wijk bij Duurstede, where he made large engravings of the miller and the blacksmith. Later, in 1914 and 1915, he travelled through Germany, Italy and Switzerland, the United States and Canada and, eventually, in 1920/1921, he visited the Dutch East Indies. Witsen died on 13 April 1923 in an Amsterdam hospital. 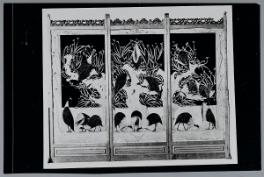 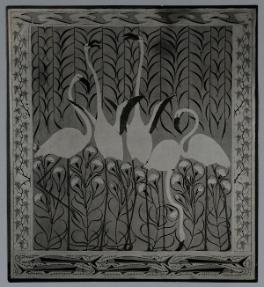 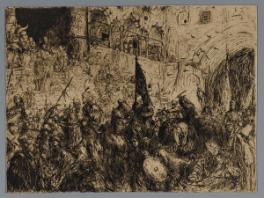 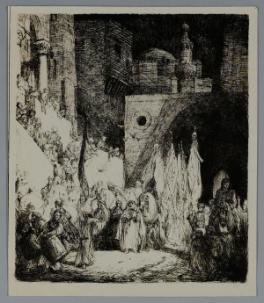