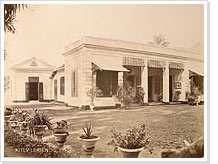 The commercial photographers who started working in the Dutch East Indies from 1845 led a nomadic existence. They would set up a studio in a large town or hotel or at the home of an acquaintance, advertise in the local paper and take a photograph of anybody who had money to spare for that purpose. After a couple of weeks or months when the market had become saturated, they moved on to the next town. Among these pioneers were the two young Englishmen Walter Bentley Woodbury and James Page. From 1857 to 1908 Woodbury & Page was a leading firm in the photography sector in the Dutch East Indies.

Primarily, the commercial photographers took portraits of people, more particularly of prominent individuals. In addition, they sold topographic photos, i.e. pictures of important buildings, streets, volcanoes or agricultural enterprises. Pictures of the various population types in the colony also formed part of their repertoire. The topographic photos were chiefly sold as ‘souvenirs’.

During the last decades of the nineteenth century, the photographers’ wanderings came to an end. At that time, every large town had one or more permanently established photographers. The Surabayan photographers Onnes Kurkdjian and Herman Salzwedel and the Javan, Kassian Cephas (who worked in Yogyakarta) were famous names at the time.

The heyday of commercial photography was over by the beginning of the twentieth century and the role it played in forming an image of the Dutch East Indies diminished noticeably. There were two reasons for this. The introduction of the picture postcard brought an end to the market for topographic photos. And then, thanks to the many technical improvements, photography had essentially become the domain of amateurs: now everybody could make his or her own ‘souvenirs’. 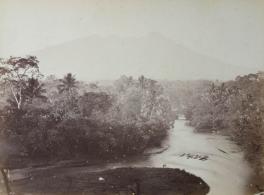 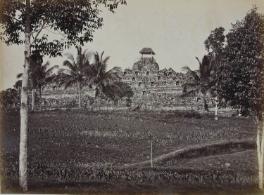 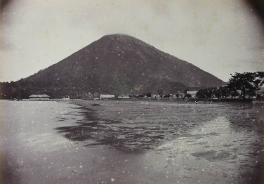 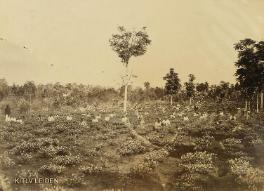