This digital collection is a selection of 1,415 photos taken by four photographers for  De Waarheid (The Truth), the daily newspaper of the Communist Party of the Netherlands (CPN) and Uilenspiegel, the satirical weekly family magazine affiliated with the CPN. The photos illustrate the history of the CPN and the reconstruction of postwar Netherlands and show the development of press photography in the period between 1947 and 1963.

In addition to photos actually published, the selection also includes own work and unpublished material on the themes of national and international politics, party history, social involvement, industrialization and reconstruction in this period.

Before the newspaper employed Dolf Kruger and Kors van Bennekom as permanent in-house photographers, chauffeur Freek Aal regularly acted as photographer. Hans Wolf illustrated Uilenspiegel.
Ed van der Elsken was not associated with De Waarheid as photographer, but he photographed the furious crowd that stormed Felix Meritis, after the Soviets invaded Hungary in 1956. This radical event marks the decline of De Waarheid.

Examples from this collection De Waarheid. In the shadow of the reconstruction 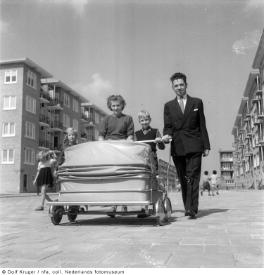 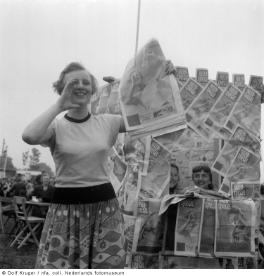 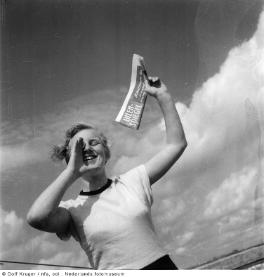 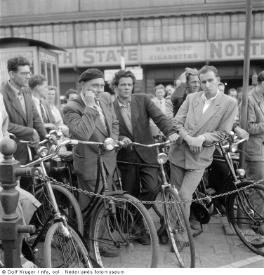