The Rademakers Collection consists of a private compilation of romantic paintings from the 19th century. In the eighties of the last century Jef Rademakers owned a television production company that successfully produced formats for the Dutch, Belgian and German broadcasting channels.
One of the orders given to Rademakers was to make a serial of documentaries about art in Dutch collections. These programs brought him into close contact with the art world: museums, dealers, auction houses and art historians. In this period he started to realize that besides of being an admirer one could also become the owner of art works from the past.

Some twenty years ago Jef Rademakers decided to renounce the world of  television and to hand over his production company. From that moment on he started a new life as a fulltime collector of art. Nowadays the Rademakers Collection consists of more than a hundred highly romantic paintings from mainly Dutch and Belgian masters of the 19th century.

In the nineties of the last century museums started to ask works from the Rademakers Collection on loan. During the last two decades paintings were made available for exhibitions in the Dordrecht Museum, the Museum Haus Koekkoek in Cleve (Germany), the Kunsthal in Rotterdam and the Frans Hals Museum/De Hallen in Haarlem.

To bring to notice and revaluate the romantic art in the Low Countries is an unambiguous goal of the owners/curators of the Rademakers Collection.

Examples from this collection A romantic view. Romanticism in 70 paintings 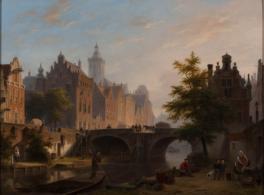 The ' Oude Gracht' in Utrecht 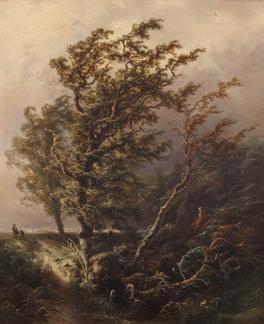 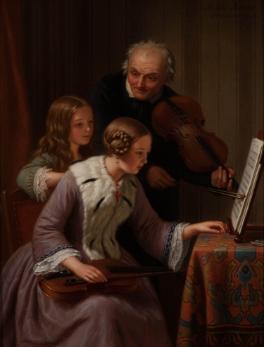 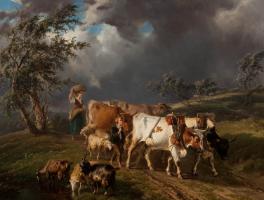 Homeward before the storm