What is the relationship between a ban by the ‘Imperial Majesty’ to print books with ‘heresy’, dated 1544, a 17th century poem for the wedding of Johan de Witt – the son of the murdered Johan de Witt – with Wilhemina de Witt, and a map apparently found in the coach of Napoleon, plundered in 1815 during the Battle of Waterloo? In terms of contents they have little in common but when it comes to form they do: all three of them have been printed on a single sheet of paper with the print on just one side, so-called broadsheets of broadsides. The National Library of the Netherlands (KB) regards the broadsheets as a single collection and has archived them together. Broadsheet prints are fragile. They are loose sheets of paper, many of which were lost; usually as a result of the way in which they were used – as placards.

This digital collection consists of many thousands of broadsheets owned by the KB; government publications, occasional poetry and varied materials such as maps, prints and posters. Important, unique material that gives a varied picture of the Netherlands in early modern times 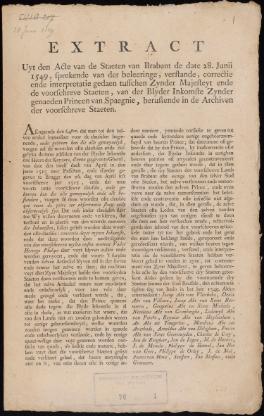 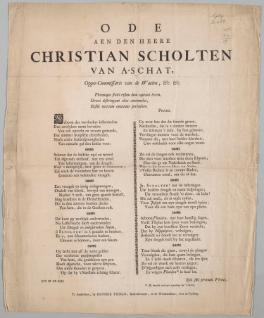 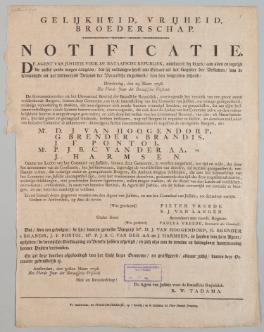 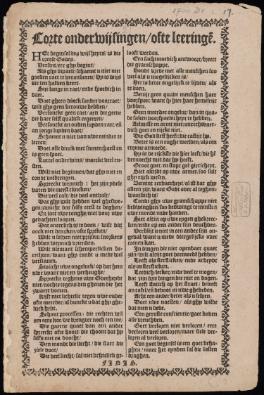