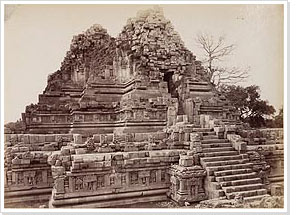 In 1885, J.W. Ijzerman (the first president of the Archaeological Association of Yogyakarta) discovered the hidden base of the Borobudur. The path around it was dug out and photographer Kassian Céphas was asked to photograph all 160 reliefs that were discovered. Afterwards, the reliefs were covered up again, which is why the photographs made by Céphas are the only available source for studies to this very day.

Kassian Céphas also photographed the temples of the Lara Jonggrang complex in Prambanan. He was a very precise photographer, whose pictures could later be used for the restoration of these temples.

Thirty-seven photographs from the collection can be attributed to Kassian with certainty. Kassian Céphas had three sons who worked as photographers for shorter or longer periods of time. His oldest son Sem (1970-1918) succeeded him as court photographer for the Sultan of Yogyakarta. Of seven pictures in the collection it is unknown whether they were made by Kassian or by one of his sons. They have therefore all been included under the name of Céphas. There are also forty more photographs that have been inventoried as 'anonymous' for now, but which are thought to have been made by Kassian Céphas or one of his sons.

Kassian Céphas' photographs are of huge importance for our knowledge of nineteenth-century Javanese cultural history.

From:
Gerrit Knaap, Cephas, Yogyakarta Photography in the service of the Sultan, Leiden 1999

Jan Fontein, Kassian Céphas, A Pioneer of Indonesian Photography, in Toward Independence, A Century of Indonesia Photographed, San Francisco 1991, p. 44-52

Dr. I. Groneman, Tjandi Prambanan, after the excavation, Leiden 1893 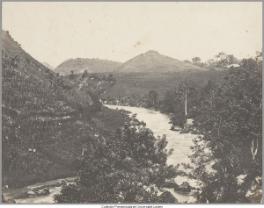 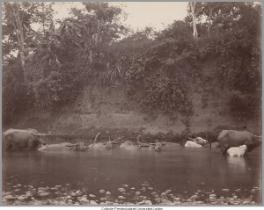 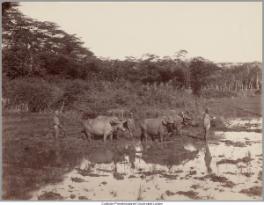 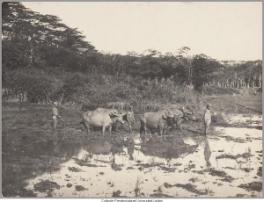