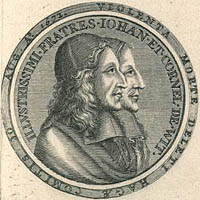 The Amsterdam Rijksmuseum (National Gallery) boasts a rich collection of items related to the history of the Netherlands, among them a significant and extensive collection of historical prints and medals.

A great number of objects, supplemented by a various other relevant items, have been selected from these collections in order to illustrate four important periods or years in the history of the Netherlands:

- 1618/1619 - the years during which the Synod of Dordrecht confirmed the Dutch Reformed Church as the official church and also the years during which the power struggle between Prince Maurice of Orange and Holland's landsadvocaat (chief minister) Johan van Oldenbarnevelt ended to the advantage of the prince;
- 1648 - the year in which the peace treaty of Münster was concluded. The treaty brought the Eighty Years' War to a close and recognized the Republic of the Seven United Provinces as an independent state;
- 1672 - the Rampjaar (Year of Disaster) in which the Republic barely managed to survive the combined attacks of England, France, and the bishops of Cologne and Münster;
- 1695 - the year in which William III, King of England and Stadholder of the United Provinces of the Netherlands, established himself definitively as a European leader.

The collection represents only a limited selection. At the moment, the Rijksmuseum is in the process of making the collections fully accessible. It goes without saying that these collections will also be available in digital format. The data relative to the items on view here is therefore not completely up-to-date. 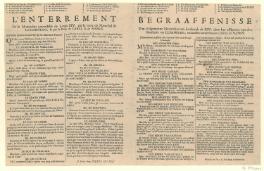 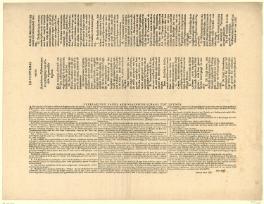