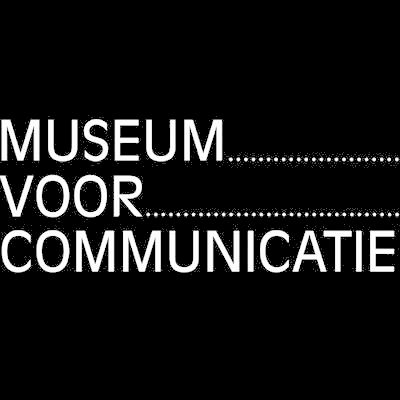 The Museum voor Communicatie administers a very extensive collection and it is a center of expertise in the field of postal services, stamps and telecommunication. It was founded in 1929 to succeed to the Nederlandse Postmuseum/PTT Museum, the company museum of the former state-owned Staatsbedrijf der PTT that was converted into the incorporated company Koninklijke PTT Nederland (or KPN) in 1989.

At first, the museum was housed in a number of rooms in the Postal Services headquarters building in The Hague. After World War II, it was moved to the Koninklijke Bazar on Zeestraat, a former department store a couple of hundred meters down the street. In 1952, this structure was drastically renovated to become a modern museum building. A second major renovation took place in 1980, resulting in a state-of-the art museum which now has a surface area of almost 2000 m2.

The splitting up of KPN into TPG and KPN in 1998 led to the museum becoming financially independent. The museum acquired a new identity and, in September 1999, it was renamed Museum voor Communicatie.