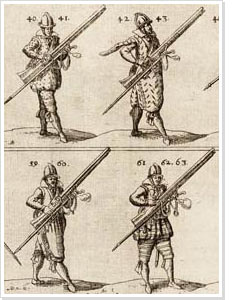 Soldiers exercised endlessly. They were drilled in how to handle weapons: loading the gun, taking up position, aiming, shooting and stepping aside for the next man. It was drummed into the soldiers' heads so as to ensure that they would be able to perform the same drill in the heat of the battle. 'Wapenhandelinghe' (Handling Weapons) by Jacob de Gheyn II dating back to 1607 visualizes how weapons were handled in Prince Maurits' time. Dating from 1730 is the coloured manuscript by Ernst Willem van Bilderbeek, and the 'Ecole Militaire' (Military School) by Hyppolyte Bellangé showing how soldiers exercised in the early 19th century.

Drawings by Oswald Gualtherie d'Aumerie illustrate what life in the barracks was like. This part of the collection includes many works by Jan Hoynck van Papendrecht, an artist who existed on the paintings and drawings he made of military life.

The orderly nature of military life is also featured. In the 'Stokvischorders' (Stockfish Orders) Willem Constantijn Staring parodies the official order to eat fish on Good Friday.
Photograph albums and ego documents complete this part of the collection.

Examples from this collection Military Life 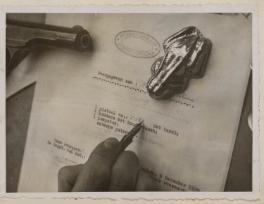 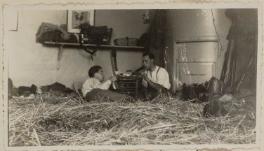 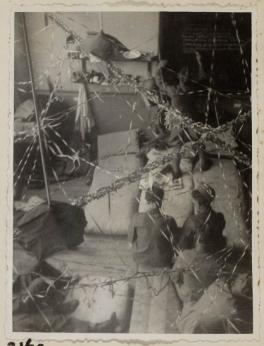 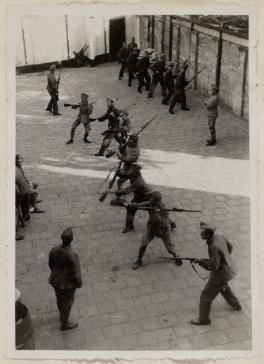