Holland would like to host the Olympic Games in 2028. It would be exactly one hundred years after the country first hosted the sports event in 1928. In that year, athletes from 46 different countries competed with each other in the Amsterdam Olympic Statium.

The 1928 Games contained many new elements: the olympic flame was lit for the first time (not by an athlete but simply by an employee of the gas company). The Greek team was allowed to lead the parade of participating countries, the host country came last in line - a tradition that is still practised today. American athlete Jack London was the first sprinter to use professional starting blocks (other athletes simply dug holes in the tracks). To document the 1928 Olympic Games properly, the Dutch Olympic Committee founded a special photographic agency. Only official members were allowed to photograph the event; all visitors' cameras were confiscated.

Spaarnestad Photo (SPH) has a large collection of photos of the 1928 Olympic Games. In 2004, SPH obtained the vast photo collection of Elsevier Magazine. While exploring its contens, an SPH employee found hundreds of pictures of the Games of 1928; 1579, to be exact. Along with other photographs from the SPH archives, the Olympics photographs can now be viewed on the Memory website. Approximately 2000 images cover almost all aspects of the Games, from matches, training sessions and award ceremonies to the athletes' departure and arrival and their museum, beach and bar visits.

Examples from this collection Olympic Games in Holland (1928) 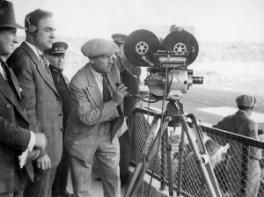 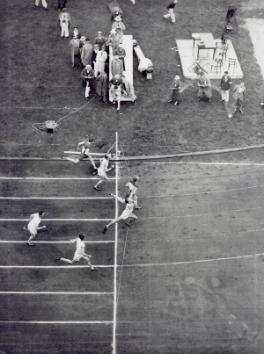 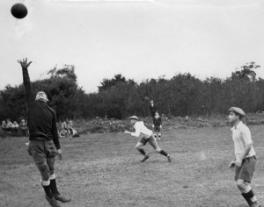 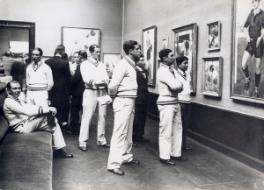